In a move that will benefit city-dwellers, the Connected Worlds company in the Netherlands has worked with Axians to roll out a network of sensors that enable cities to fine-tune management of such things as traffic and pollution.

A cloud of dust marks the place in a Dutch neighbourhood undergoing urban renewal where an old factory is being demolished to make way for an apartment complex. The foreman monitors the trucks removing the rubble and a powerful excavator demolishing the remaining walls. Suddenly an alert appears on his smartphone: air pollution has reached a limit. The foreman will have to take steps to bring it back down to the level set by the authority that issued the demolition permit. The system that automatically monitors air quality, the Smart City Monitor, was developed by Connected Worlds, a consultancy specialising in urban digital transition that is working with Axians, the VINCI Energies ICT brand, to help municipal authorities create a healthier living environment in their program called the National Smart City Living Lab.

In 2018, the City of Paris worked with Citeos, another VINCI Energies brand, to roll out a network of microsensors designed to fine-tune the Airparif air quality measurement model and support targeted action. Meanwhile, Connected Worlds is working with several cities and governmental organisations in the Netherlands under the Paris climate agreement. “Situations and needs vary from one city to another,” says Connected Worlds CEO Hans Nouwens, “but the approach is mostly the same. We make a network of overhead sensors available to municipal authorities to measure all sorts of air quality and environmental data, including noise, and we deliver operational tools that not only measure problems but support action in real time to address the causes of pollution such as alarms for citizens, traffic controllers, local government, etc.” In the case of the demolition project, the system automatically sends an alert to the works supervisor to ask them to bring the pollution level back within the standard set by the smart city managers, with the help of Connected Worlds.

Between the sensor that measures the pollution level and the notification sent to the smartphone, the data is processed by a system developed by Connected Worlds comprising “sensor hotels”, an IoT platform configured and administered by Axians in MAESTRO mode.

“This overhead system is the largest private sector air quality and sound measuring system. In 2018, it recorded and processed over nine billion data points”

The “hotels”, which are installed on city lamp posts, are designed to host all sorts of sensors. They have a power supply and several connectivity facilities. The version used in the Smart City Living Lab measures the level of nitrogen dioxide, CO2, particulate matter, temperature, and sound levels, and has sensors for asset management. “This overhead system,” says Hans Nouwens, “is the largest private sector air quality and sound measuring system. In 2018, it recorded and processed over nine billion data points.” Dutch cities equipped with the technological solution appreciate being able to use it to put the smart city into practice, especially since it provides for citizen participation and fosters collaboration between the various city departments.

In addition, the Connected Worlds solution enables municipalities to freely connect to the IoT platform via an open API to use the data in their own systems. “Cities thus draw up their own recommendations and define their own services, several of which have already been rolled out,” says the Connected Worlds CEO. For example, in the field of mobility, the Smart City Living Lab made it possible to assess the impact of traffic lights, which cause vehicles to stop and re-start, on air quality at intersections. Based on the finding that the pollution peaks generated by these “stop and go” systems had a substantial impact beyond the traffic light, experimenters worked out how to reduce the level of particulate matter and nitrogen dioxide (NO2) by regulating traffic lights so that trucks encounter a continuous series of green lights when travelling through the city.

Another application addresses noise pollution. Faced with a noise problem possibly related to a nearby school with 4,000 students, the municipality used the sensor network to measure the sound level around the school and the district in which it is located. After finding, to their surprise, that the schoolchildren generated less noise than the district, the city authorities were able to overcome prejudice against students and focus discussion on the actual issues. With this type of project management based on a measuring system, which the Connected Worlds CEO sums up as “Smart City as a Service,” “Cities can achieve their digital transformation objectives twice as fast,” he concludes. 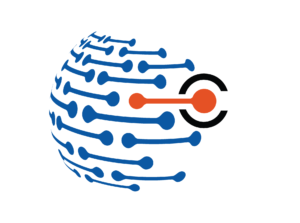